The Soho Arts Theatre has long been one of London's best kept secrets. From the days of the Krays and Danny LaRue, it's a late night speakeasy basement bar for cocktail connoisseurs. A relaxed yet dramatically designed drinking den, the dark walls lend a reddish hue to the room, with an overall vintage velvety vibe. 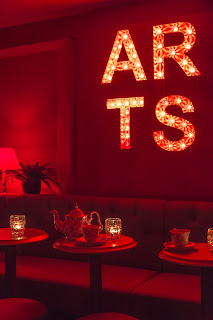 The relaunch of the cocktail menu pays homage to the classic cocktails enjoyed by many a thespian and literary luvvies of bygone days. As a members-only club (non-members may enter before 11pm), Sally and I were treated to an exclusive booth close to the bar, with bottomless salted popcorn and the perusal of the retro menu.

First I tried Josh and Joan The Married Contortionists, a gin cocktail with agave, Aperol with lemon and mint, served in a spherical flask with wooden straw. Did they know I'm a scientist, or is this the latest food/science fusion?
For her first drink, Sally tried the Fabulous Eskimo Nell - containing her favourite fig liquer, Grey Goose vodka and served, quite literally, in snow.

Next, as I was feeling much like death, a Deadwood Dick to sort out my cold - jalapeno-infused Tequila with limes and Grand Marnier. Potent, yes. Cured, well...
For my cocktail-loving companion, another spherical flask of Jack Haraway and his Band of Pirates - rum with pomegranate and passionfruit.

So many more to try, but with my croaky voice, and my head feeling like a Devil's Goat (which would have been my next choice) I opted to abandon ship (helped along by the rather odd bouncer complaining about his sore feet, muttering 'freeloaders' and squinting and swearing at his cufflinks - but who am I to question his parentage...). 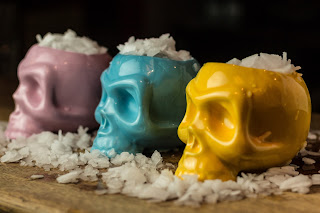 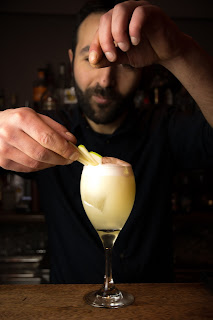 To brush shoulders with literary Londonors, including certain Masterchef judges and some East End royalty, and to taste tempting cocktails with a twist, get your bottle down those apples for a butchers and a Vera...

Members only after 11pm 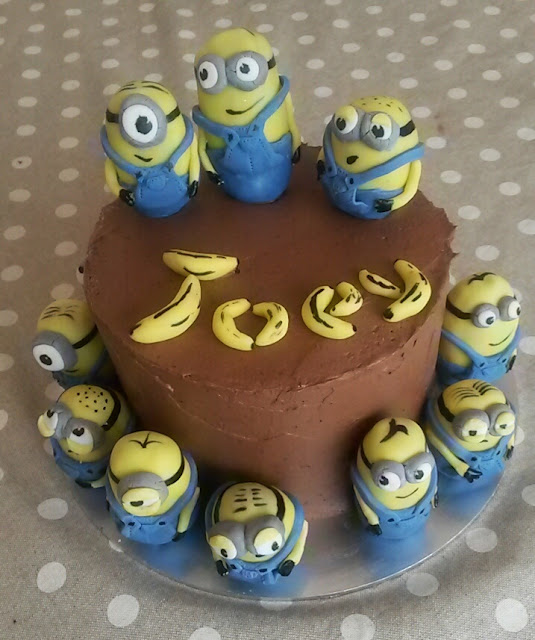 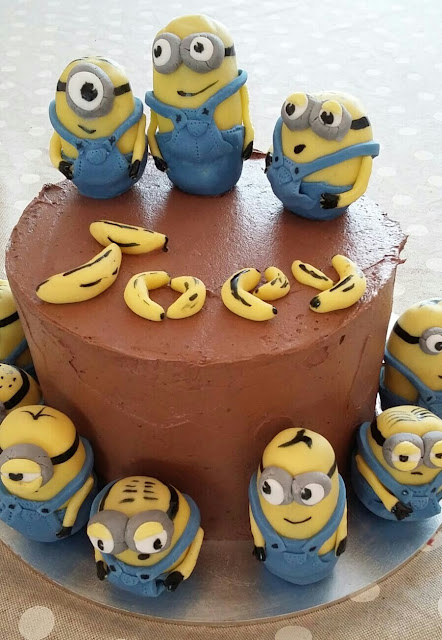 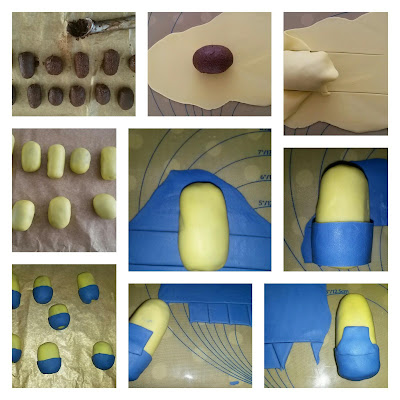 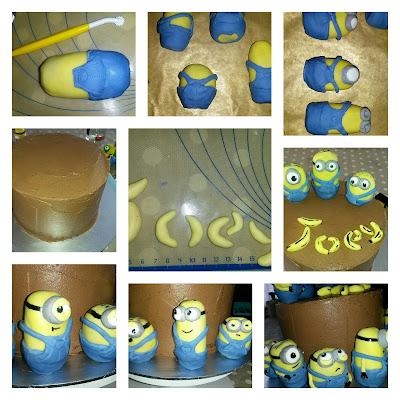 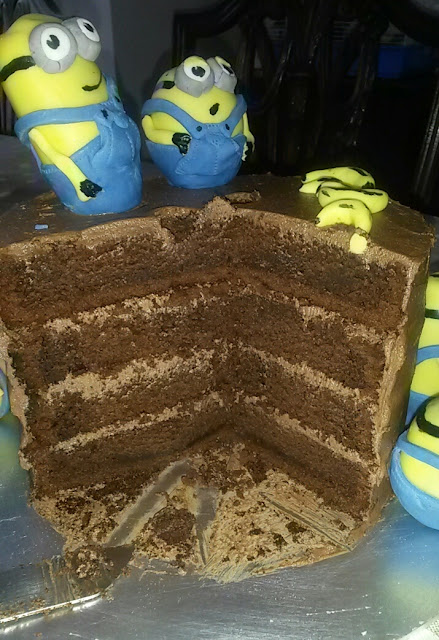 So, I made these again.